After arriving in Pernik, Bulgaria, I had no plans whatsoever to visit the town. Get something to eat and go to sleep was the main course of that night. I went to a small family restaurant that served some gyros. After enjoying my meal and drinking a cold beer, I called my parents to say that I arrived safe and well that day and give an update of my journey. I talk to my parents in spanish (with my mom) and dutch (with my dad, ok not formerly in dutch but in the dialect of our hometown: Antwaarps).

Some of the other guests at the restaurant heard me talking in spanish and they invited me to their table which a gladly accepted. When you are all day on the road by your own it’s very welcoming to talk to someone. Mony and mony (I think that their formal names are Simeone) and other guy who’s name I can’t remember. One of the Mony’s had worked in Portugal, so we communicated in a mix of portuguese and spanish. Italian and ingles formed also part of the mix. They gave me some great insights about Bulgarian culture and compared it with Mexican and Belgian culture.

It was a interesting night, so sometimes it’s best not to expect a lot and embrace the moment 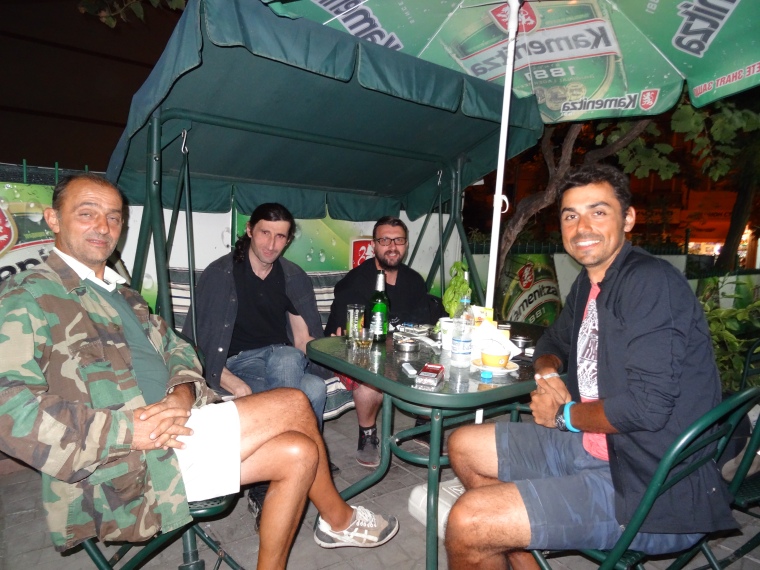